1. This story begins when I was a child: I was born poor. Often we hadn’t enough to eat. Whenever we had some food, Mother often gave me her portion of rice. While she was transferring her rice into my bowl, she would say “Eat this rice, son! I’m not hungry.”

This was Mother’s First Lie.

2. As I grew, Mother gave up her spare time to fish in a river near our house; she hoped that from the fish she caught, she could give me a little bit more nutritious food for my growth. Once she had caught just two fish, she would make fish soup. While I was eating the soup, mother would sit beside me and eat what was still left on the bone of the fish I had eaten; My heart was touched when I saw it. Once I gave the other fish to her on my chopstick but she immediately refused it and said, “Eat this fish, son! I don’t really like fish.”

END_OF_DOCUMENT_TOKEN_TO_BE_REPLACED 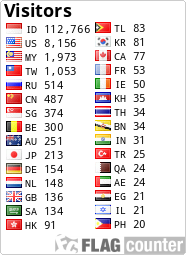